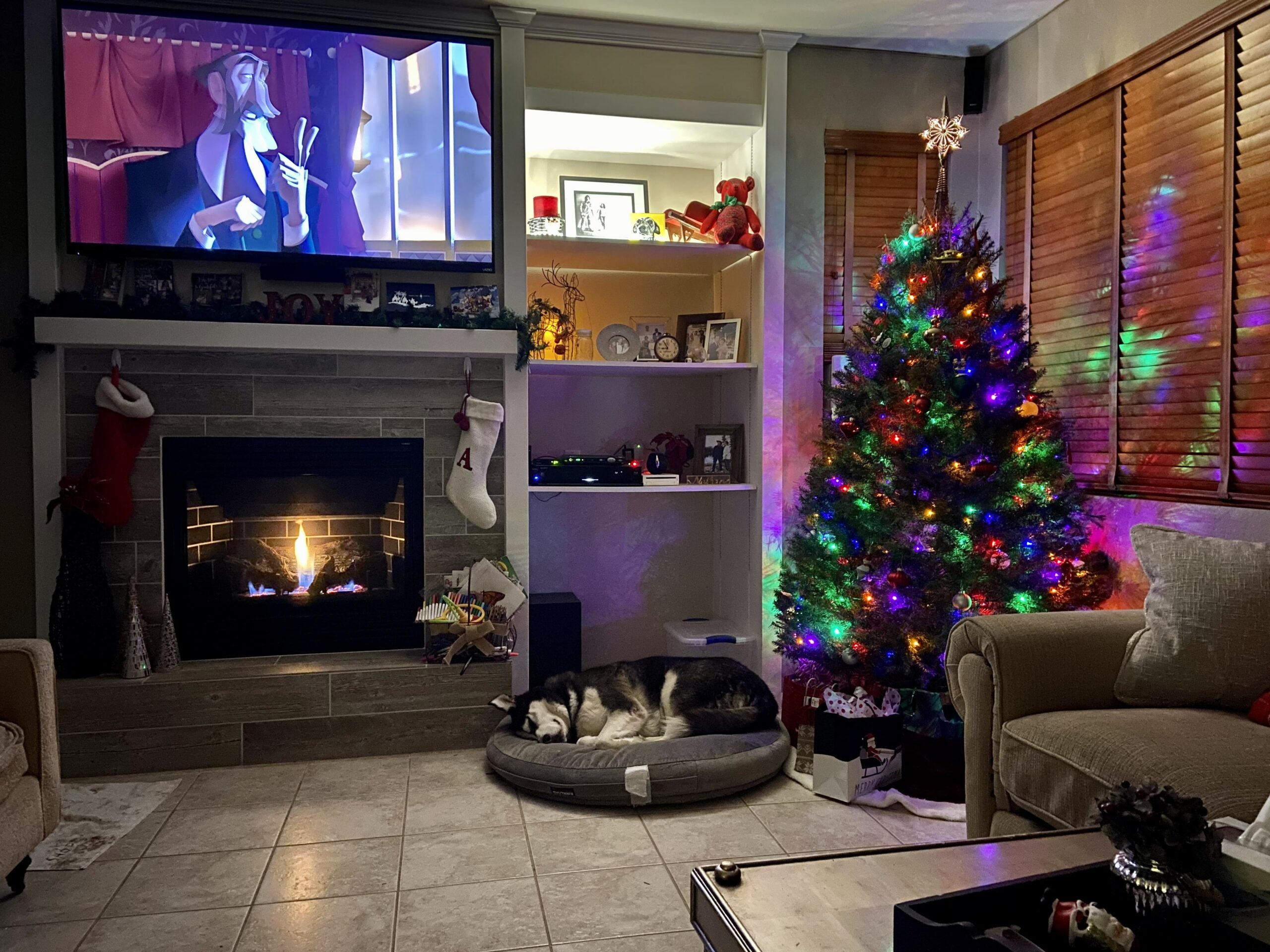 This was one of the first projects I completed after my wife and I moved into our first house in 2010.

The house was built in 2001 but had a very 90’s feel to it. The gas fireplace had a flat tile surround (with a funky foam mantle), no hearth, and a built-in bookcase with awkwardly large shelves where a very small TV was meant to be placed.

Our first step was to figure out the new design. We opted to keep the bookcase but to add a lower cabinet to it and also create a framework around the fireplace with a step hearth below it.

Then began the deconstruction. After knocking off the foam mantle, we pried off the existing wall tiles. Unfortunately, this also destroyed the underlying drywall, so it had to be repaired. We then removed the built-in bookcase.

Finally, we could start construction of the new design. (We did temporarily mount the TV as there was a few months delay in the project). I used 1×3″ flat strip molding to create the framework around the fireplace. I stacked it 2 or 3 times to create the various levels of depth and then caulked the seams prior to painting. I removed some of the floor tiles to make room for the hearth and also completely rebuilt the shelving unit. The original unit had fixed shelves but the new one is fully adjustable.

Along with the remodel, I installed a power outlet above the fireplace where the TV would be mounted and also ran HDMI and other cables through the wall to the bookshelf. I temporarily cut basic plywood shelves for the bookshelf until I have time to build the bottom cabinet at some point in the future.

The new fireplace created a dramatically different look for the room. Since completing the project, a few changes I would have made in hindsight are increasing the depth of the mantle and adding inset LED strip lighting to light the bookcase in a way that hides the wires. Overall, we are extremely happy with the outcome!